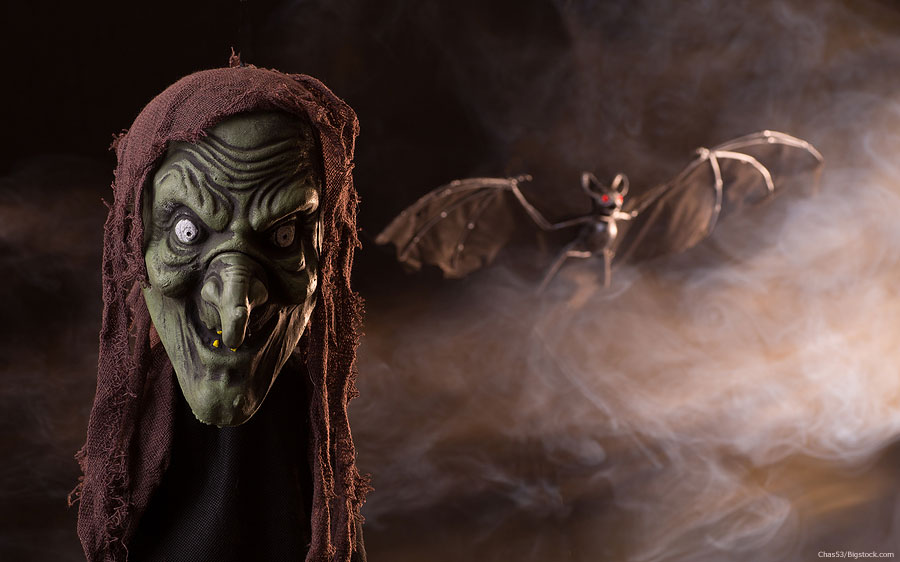 The Halloween season is here, and those who love to haunt are in the middle of their busiest time of year and having a ball! Sure, everything will wind down after Halloween is over, but until then it’s a thrill ride for everybody. Once the season is over, though, it’s time to pack it up and store it right. You’re also going to need to find space for all that new gear you’ll be picking up at the next TransWorld Halloween and Attractions trade show.

Like all business owners, those who run professional haunts have a lot of stuff to store, and it’s often specialty equipment and supplies that need special care. That’s where climate-controlled self storage comes in. Whether you’re storing a giant animatronic spider or some tax documents that need to be kept safe from year to year, climate-controlled self storage protects your investment from heat, cold, humidity, and pests.

Those who run professional haunts have a lot to store from season to season, especially if their haunt is a pop-up that moves from one location to the next between seasons. But even those of us who don’t operate professional haunts may still have lots of decorations and gear that need a home between Halloweens, whether we’re putting on a homebrew haunt or just decorating the house for the season. Those giant inflatable lawn skeletons won’t store themselves, after all!

Decorations, props, animatronics, masks, fog machines, and everything else that goes into making a world-class haunt are expensive. Most of these items can be impacted by the kinds of temperature and humidity variations that we experience between haunting seasons here in Oklahoma. This means that a haunt operator could easily lose upwards of $10,000 in a single year by storing props and gear in unprotected places, such as trailers, commercial buildings, or home basements. None of these places will protect valuable gear from the elements, insects, or rodents.

Whether you’re in the business of scaring people this Halloween season or have gone a bit overboard on the lawn decorations, the best place to keep your ghouls and ghosts during the off season is in climate-controlled self storage. The fact is, many of these decorations and props feature moving parts, fragile materials, and complex electronics, and these are all things that are best protected by a climate-controlled self storage unit.

Climate-controlled self storage will help protect your Halloween hardware from just about any hazard, whether it’s rodents and other pests or the hot summer sun, which, in Oklahoma, can get hot enough to melt latex masks and other props. It’s still a good idea to take out insurance, though. While climate-controlled storage protects against everything it can, even it can’t defend against floods, tornadoes, or poltergeists. (Not sure if they offer poltergeist insurance, but you can ask!)

Whether you’re a professional haunter or simply a Halloween enthusiast, Storage ‘R’ Us has eight convenient locations offering climate-controlled self storage in Oklahoma so you can always keep your haunt props nearby! We’re happy to help professional and semi-pro haunters at any of our locations in Lawton, Moore, Duncan, Chickasha, Newcastle, and Norman with a home for their ghoulies and ghosties during the off season.