How to Beat the Heat During Your Summer Move 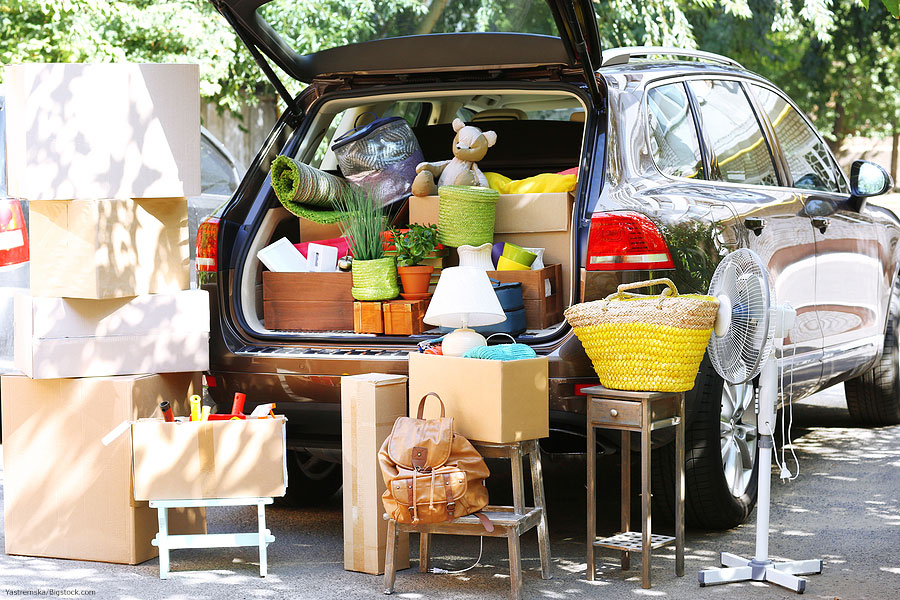 How to Beat the Heat During Your Summer Move

Summer is officially here and, as we mentioned, it’s the peak moving season in Oklahoma. Depending on how you look at it, you couldn’t ask for better (or worse) weather for moving everything you own, whether it’s across the state or just across town. Sure, it’s hot, humid, and sunny, but all those boxes and pieces of furniture aren’t going to move themselves. Take some advice from the experts in public storage in Lawton, OK: We’ll show you how moving and storage during the summer isn’t too hard if you keep your cool.

Get an Early Start. One of the biggest dangers when you’re moving during the summer is heat exhaustion. You can help avoid it by getting an early start, since the weather is cooler first thing in the morning. It doesn’t hurt to get an early start on packing and staging, either, so you’re not doing everything the day of your move.

Play It Cool. Maybe it goes without saying, but don’t wear sweatpants on a hot summer day when you’ll be moving. Lightweight, cool clothes will help keep your temperature down.

Stay Hydrated. If you wanna keep your cool and avoid heat exhaustion, it’s vital that you drink plenty of water and avoid consuming too many caffeinated drinks.

Plan Your Move Around the Heat. Keeping yourself safe from the worst effects of summer weather is the most important thing, but you’ll also want to plan your move so that your stuff doesn’t get melted or otherwise damaged. Make sure anything that’s going into a hot moving truck can handle some time in the heat, and pack electronics separately to avoid damage.

Keep an Eye on Kids and Pets. You’re not the only one who will be involved in the move, either. Your kids and pets can get overheated just as easily as you can, whether they’re helping or just trying to stay out of the way. If you don’t want them underfoot, make sure they have someplace where they can go that’s air conditioned. You might even consider boarding your pets for a few days, which can make things easier on them and on you.

Cool Things Down. Make sure the utilities are turned on at your new place before you move in, especially if you’re moving in the midst of a heat wave. Set up some fans immediately and crank the air conditioner before you even get there, if possible, so that the new house is as cool as it can be when you’re hauling all those boxes in.

Have a Cool Backup Plan. When you’re moving, it’s always a good idea to have a backup plan. If something goes wrong and you need extra time or can’t fit everything in the new place after all, it’s good to have a climate controlled place where you can keep it until things settle down. That’s where public storage in Lawton comes in. We live in a hot and humid area, and leaving things like musical instruments, antiques, artwork, documents, photographs, furniture, and countless other items in the summer heat is often a worst-case scenario.

Fortunately, whatever you need for your move, from packing supplies and moving boxes to climate controlled storage, we’ve got you covered at Storage ‘R’ Us in Lawton – or at any of our other convenient locations in Chickasha, Duncan, Moore, Newcastle, and Norman.